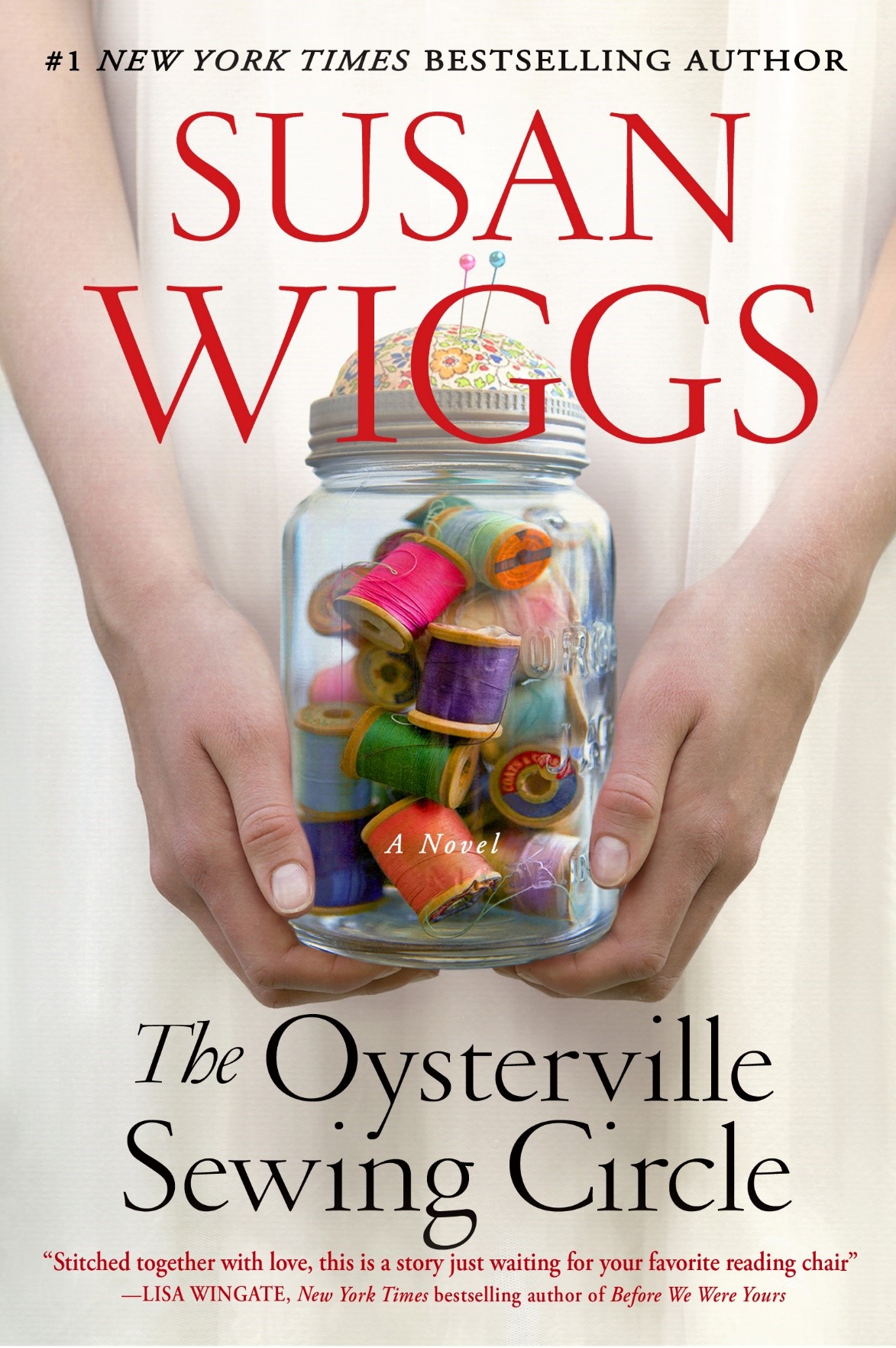 Would you please check out this brand new edition of The Oysterville Sewing Circle?  This minty-fresh cover was a contender for the hardcover edition [link] but we saved it for the premium book club edition. 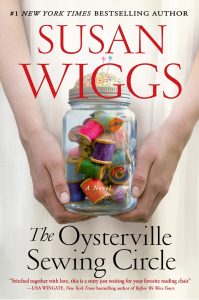 What’s new? The P.S. pages in the back. There’s an in-depth article about the #MeToo movement in books. There’s also a delicious and kind of funny recipe and a story to go with it. And, of course, a list of thought-provoking questions to discuss with your book club.

It might not be an easy conversation, but that’s okay. Sharing your story in an authentic way can be harrowing at first. You feel vulnerable, uncertain. Worried about what someone might say.

Once someone breaks her silence, secrets lose their toxic pull. The experience proves to be empowering. One woman’s voice can uplift the whole group.

As Caroline discovers in The Oysterville Sewing Circle, the rules are simple: be kind, be open, and be safe. 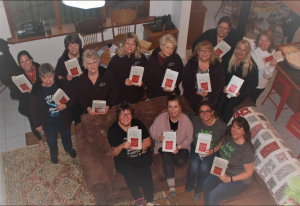 The ladies of the Camano Island Sewing Retreat “adopted” the book.

I get many letters from readers, but one of the most meaningful I’ve ever received was from “J.H.” (keeping her name private), who connected with the book in a singular, tragic, and ultimately uplifting way. Here’s an excerpt of her story (NOTE: Trigger warning; domestic violence):

“I just finished reading your latest book, The Oysterville Sewing Circle, and I have to share our family’s story with you. I read the ending with tears streaming down my face because I’ve lived through several episodes of domestic violence….My niece, along with her father, mother, and daughter, lost their lives at the hands of her husband. In total, he murdered seven people that day before committing suicide. It made the national news…

“Another [relative’s] husband committed suicide. We found out later that he was an abuser – not physically, although it looks like it was ramping up to physical abuse, but emotionally. This was happening right under our noses but she never said anything. She thought she could ‘fix’ him.

“…I immediately told her he was an abuser but she didn’t believe me. The warning signs were all there – the immediate attentiveness, the gifts, the email and phone calls that were intercepted or blocked. She ended up marrying him (his fourth marriage by the way) and within weeks he was walking behind her and gave her a push. She divorced him a short time later. Unfortunately, that’s the most dangerous time for a victim – when they get the courage to leave….

“This would be a great book to give to women seeking shelter… They will see themselves in your fictional characters and, hopefully, be empowered to make a change in their lives…These women usually are on the run and have nothing and, as your book so honestly pointed out, they need the courage to leave and not return to what is ‘normal’ to them.

“Thank you again for writing a book that is so true to life! Since one in four women experience some type of domestic violence, this book will shine a light on a subject that needs to be exposed and stopped.”

“Life gets better when you connect with others.” –The Oysterville Sewing Circle

I hope you’ll make time to read and savor this story with your friends. I have so much of my heart in this celebration of women’s friendships.

Know that you’re not alone. If you or someone you know needs help, please visit www.thehotline.org.

Be the first to know all the
updates from Susan