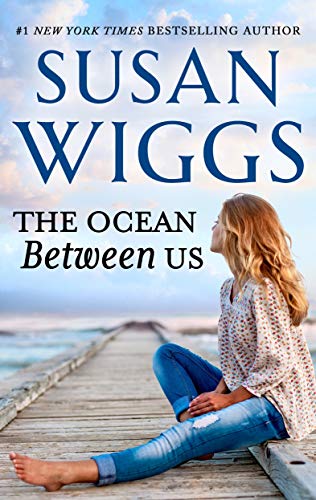 memorial day :: lest we forget

From @Bookpage, a flashback to my conversation with Sandy Huseby about The Ocean Between Us, my tribute to the military families who struggle to keep their bonds strong during challenging times. The simple vows “for better, for worse . . . ’til death us do part” have a special meaning for couples who face lengthy separations as a result of military deployments. Grace, the Navy wife at the center of The Ocean Between Us, finds the challenge of sustaining her 20-year marriage takes on bittersweet urgency when a catastrophe on her husband’s aircraft carrier threatens to separate the couple forever.

BookPage: What compelled you to write this book? Do you have a military background?

Susan Wiggs: Not at all! Researching this, I felt like an anthropologist studying another culture. The military is definitely a world apart. The book I wanted to write was the story of a woman and her marriage a good marriage. Novels about bad marriages abound, but I find the idea of a good marriage that is severely tested much more interesting.

Then I went in search of my characters. Who was this woman? Where did she live? Who was she married to? What will make this story special? That’s when I hit on the military angle for this book. The U.S. Navy is a huge presence here in Puget Sound. It’s common to be driving along on Bainbridge Island, and pulling over to watch an aircraft carrier steaming toward its home port of Bremerton. In fact, I stood in the freezing wind one day to watch the Carl Vinson come home after its post-9/11 deployment.

One of my dearest friends and fellow writers, Geri Krotow, is a Navy wife. The day I saw her fix a Command Pin on her husband’s chest at his Change of Command ceremony, I was so moved by the gesture that I knew this would be the right background for The Ocean Between Us. The bravery and sacrifice of Geri and her family touched my heart.

What have you learned about marriage through writing this story?

I have a vivid recollection of writing a scene in The Ocean Between Us in which Grace and Steve say goodbye just before he boards the aircraft carrier for a six-month deployment. In the scene, they’ve just had a huge falling-out, and they’re estranged. It’s a very sad scene and I remember thinking, “Wiggs, you’d better find a way to fix this situation!”

Now it occurs to me that the marriage of the people in this book, which I think is a very good marriage subjected to some terrible pressures, reflects what I believe about marriage and commitment. The good ones are worth fighting for.

What have you learned about writing through telling this story?

That the best way to tell a story is the way that gives the reader the best possible ride. This story doesn’t unfurl chronologically. It starts with a huge, dramatic event, then goes back and reveals the steps that led to that moment. Then the story finishes with the fallout from the big drama. It was an interesting challenge to write, and I’m hoping it’s compelling for the reader.

What do you hope readers learn about military families from this book?

Without ramming it down their throats, I do hope The Ocean Between Us is an honest look at the benefits and the costs faced by families in the military. It’s often a good news/bad news situation. For example, people on deployment are exempt from paying income tax. That’s the good news. The bad news is that the reason for the exemption is that they’re in harm’s way.