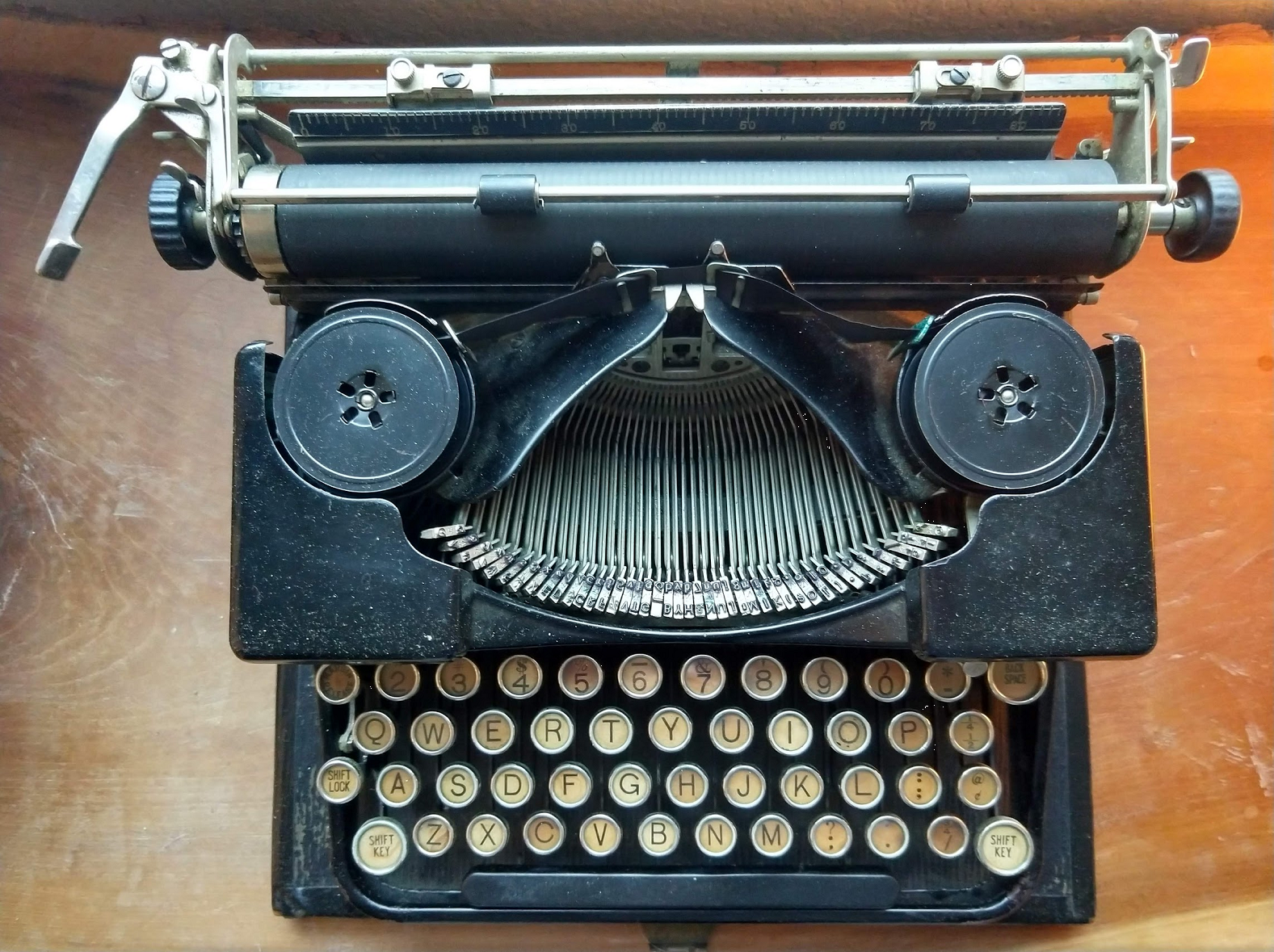 Sometimes a writer doesn’t know what she’s writing about until she writes about it. Often, I’ll write something–a scene, a chapter, a whole book–that feels like pure fiction, yet hidden in the center of the piece is a kernel of truth. This is probably something my subconscious has been noodling on while my conscious mind was preoccupied with other matters.

While writing The Lost and Found Bookshop, I found a lost treasure of my own. It’s not a spoiler to say here that The Lost and Found Bookshop, on historic Perdita Street in San Francisco, has a long and mysterious history. The old Victorian building housed many things through the years, and in the mid-20th century, it was a typewriter sales and repair shop run by Andrew Harper, Natalie’s grandfather. I never questioned my reasons for making it a typewriter shop. My subconscious simply offered it up, and it made sense to me.

Now I wonder if a certain typewriter in my past might have offered up the idea from my subconscious. My typewriter was lost for a long time. I nearly forgot about it, and I never made an effort to find it. However, I have very specific memories of this machine. More on that in a moment.

When I was in grade school, our family moved away–far away–from the town where I was born in upstate New York. Thanks to my dad’s career, we grew up in Brussels and Paris. It was an exciting, unusual childhood, and I’m sure living in the same neighborhoods as medieval castles and lavish chateaux influence the writer I would become.

When you move a lot, especially overseas, you tend to lose things. A lot of our things were left in storage, sold or given away, lost or even stolen. On one occasion, a shipment of my parents’ belongings was looted by pirates. Maybe not pirates but that’s how I thought of it. Things went missing.

So I started thinking maybe the pirates took the typewriter.

Fast forward several decades. One day last year, while visiting my brother https://www.instagram.com/artbuda2020/ in Texas, I saw a dusty box high on a shelf in a spare room full of clutter.

I had that moment. You know, when you think you’ve found something you didn’t realize you’d been missing for a long time and then…Suddenly it’s there before you.

Everything about it was familiar–the black electrical tape on the case. The scent of the ribbon ink. The glassy feel of the keys under my fingers. This machine and I go way back. And I mean WAY. Like, before I was born. Maybe before my mother was born. It might have belonged to her parents, who had a fuel and service station in upstate New York.

My first memory of it dates back to one winter when I was six years old. My sister and I came down with pneumonia, and we were ordered to stay inside for six weeks.

Imagine being my mom, ordered to entertain two sick kids in the lake-effect snow belt of western New York for six whole weeks. I was already an avid reader and budding writer, so my very creative (and probably exasperated) mom brought out this oddly shaped, angular black box, and offered to teach me to type.

My six-year-old brain exploded. … I can still smell the ink and machine oil. I can still feel the round glassy keys under my eager fingers, tapping out words and paragraphs…sometimes whole stories. I had found my lane.

One day, I showed my friend Anjali LINK TO AJ BANNER some pictures of the old typewriter. She’s a typewriter enthusiast, and in fact, she composes her novels on an old manual typewriter, so she knows things. She told me that this particular machine is rare and maybe even valuable. It’s a Royal portable typewriter from the 1930s with a font called “Vogue.”