Confession time–I stole a book title from Nelson deMille. I didn’t mean to. When I titled my historical romance, I didn’t realize it had been used on Nelson’s thriller. Fortunately, it didn’t appear to create much confusion. But regarding titles, this is something I get asked about from time to time, including today’s question in my e-mail. Number one, can you get in trouble for stealing a title and number two, why would you knowingly do it? 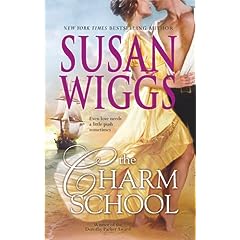 Coming up with the same book title as someone else is nothing new. Especially with internet title searches, Google and Amazon, you can find out in an instant if your book’s title has been used before. Chances are, it has been. Look up “Fire and Ice” on Amazon. Or “Fire and Rain.” Or “Once More With Feeling.” Lots of great minds are thinking alike.
The fact is, a book title isn’t subject to copyright. It’s no crime to re-use a title; it’s really just a matter of judgment. Common sense will tell you not to title your book Gone With the Wind, Clan of the Cave Bear, The #1 Ladies Detective Agency or The Da Vinci Code. Those titles are simply too distinctive and you’d look foolish for using them.
It’s easy enough to re-use a title unknowingly. Long after Home Before Dark was published, I learned there was another book titled Home Before Dark–by another Susan. I bought the book, of course. It’s a memoir by Susan Cheever, nothing like my novel once you turn the title page. I believe there was another The Raven and the Rose published in addition to my 1991 title.
Finding a good book title is hard. Finding the perfect title is a gift from heaven. To my mind, the perfect title captures the essence of the book in a powerful, evocative phrase–Saving Juliet. The You I Never Knew.  The Killer Angels. The Princess Diaries. Bastard Out of Carolina. Harriet the Spy. Practical Demonkeeping. Are You There, God? It’s Me, Margaret. All those titles promise a good read–and deliver.
There’s an interesting article about titles here. It’s both an art and a craft. http://www.articlesaboutbooks.com/Article/Tips-on-Choosing-a-Title-For-Your-Book/1588. It’s more focused on nonfiction but you might glean some insights into picking a title for a novel. http://www.articlealley.com/article_28586_50.html
If your books are related, they need to sound as if they’re in the same family. This can get tricky as the series evolves. The Lakeshore Chronicles are starting to challenge me. I really liked the simplicity of Summer at Willow Lake. My editor came up with The Winter Lodge. They other titles evolved amid much discussion. I’m really happy with The Summer Hideaway, which I’ve just begun working on. “Summer” is a great keyword that conveys the idea of a juicy, fast-paced beach read. My publisher loves the word summer. I’ve had A Summer Affair, That Summer Place, Summer by the Sea and Summer at Willow Lake! So hideaway is a nice addition, particularly since the word “hideaway” implies something intriguing and possibly dangerous, like a character in WITSEC (a witness protection program). Definitely a reason to hide. Away. In the summer. All summer long. See how this works?
It’s easy for a writer to be weird about her titles. I’ve pitched wonderful, glorious titles to publishers, only to have them changed, often for the most random of reasons. Sometimes I come up with a horrible title and it gets changed to a great one. Heavy Breathing became The Ocean Between Us, thanks to my friend Lois. It can work the other way, too. How cute is the title Twyla’s Ten-Year Reunion? That was changed to Husband for Hire. It was. Sometimes you just have to let go.
Here are my contenders for Worst. Title. Ever. — and this one:  http://failblog.org/2009/04/02/book-title-fail-2/
I am about to change the titles of three already published books. Yep, three of my out-of-print historical novels are going out wearing new titles. And I am going to be wearing a flak jacket, because this is a practice that drives readers crazy. I feel your pain, readers!
What are some of your favorite titles?