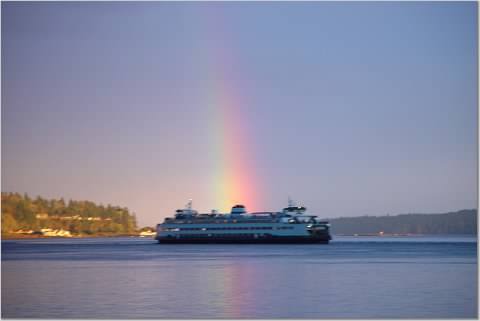 Saint Patrick is my homeboy.

I love this time of year, because my Inner Irish Girl gets to come out and play. She looks out her window and sees this: She gets to wear a

Where were you when you read it for the first time?

Fifty years ago today, Harper Lee’s only novel, To Kill a Mockingbird,was published, the story narrated by six-year-old Scout Finch in the fictional town of Maycomb, Alabama. It was an immediate best-seller, a Pulitzer Prize winner, and an instant American classic. It continues to sell incredibly well, with 30 million copies still in print.
The book’s title appears in a scene in chapter 10, where Scout remembers something her dad, Atticus, has said and asks her neighbor Miss Maudie about it.
‘I’d rather you shot at tin cans in the back yard, but I know you’ll go after birds. Shoot all the bluejays you want, if you can hit ’em, but remember it’s a sin to kill a mockingbird.’ That was the only time I ever heard Atticus say it was a sin to do something, and I asked Miss Maudie about it.
‘Your father’s right,’ she said. ‘Mockingbirds don’t do one thing but make music for us to enjoy. They don’t eat up people’s gardens, don’t nest in corncribs, they don’t do one thing but sing their hearts out for us. That’s why it’s a sin to kill a mockingbird.’

Congrats to Janie–you won the www.random.org virtual drawing for a copy of Anjali‘s book and Just Breathe! Very cool that you support the Humane Society because Anj totally does. See

"Reader, I married him."

So I wound up the Book Brahmin interview with two more fun little queries: Favorite line from a book: “Reader, I married him.”   From Jane Eyre by Charlotte

i faked reading this book

In my Shelf Awareness feature, I admitted to this: Book you’ve faked reading: Du Coté de Chez Swann by Marcel Proust. In French. I was trying to impress a professor

Shelf Awareness asked me to name my top five authors. This is like asking for my favorite brands of chocolate. How can you narrow it down? Here are some names,

It’s the 200th anniversary of the birth of Louis Braille, who invented a way for the blind to read and write. Genius! Another technology hasn’t replaced Braille for writing–it’s still

Snowfall at Willow Lake is listed as one of Amazon’s “Best of 2008” editor’s picks! I’m so proud and excited. The full list is here. Enjoy!

the hole in her soul

Note: The Michael Hauge workshop notes begin here and continue here and here. This is the 4th installment. Happy plotting! The INNER JOURNEY is the story told on another level.

You can put lipstick on a writer but she's still a writer.

Like most writers, I’m camera shy. Anyone scrolling through this blog can see I’m much more comfortable behind the camera than in front of it. Seriously–I would rather have a

Barnes & Noble has a section of their web site called B&N Studio, featuring podcasts with dozens of authors. I got sucked in for an hour and a half, hoping

Come see me in Ketchikan on Tuesday!