Dear Readers,
I wrote a thing.
Jennifer Weiner wrote an essay in Publishers Weekly deconstructing this phrase. I remember reading the piece on May 17–my birthday–and it felt like a gift.

She’s reminding us that when we work our asses off, when we conceive of a story and spend months and months writing it, and revise it until it sings, and work with our very dedicated editor to polish and publish it, we’ve elevated that “thing” to a work. A pièce de résistance. A damn fine novel. 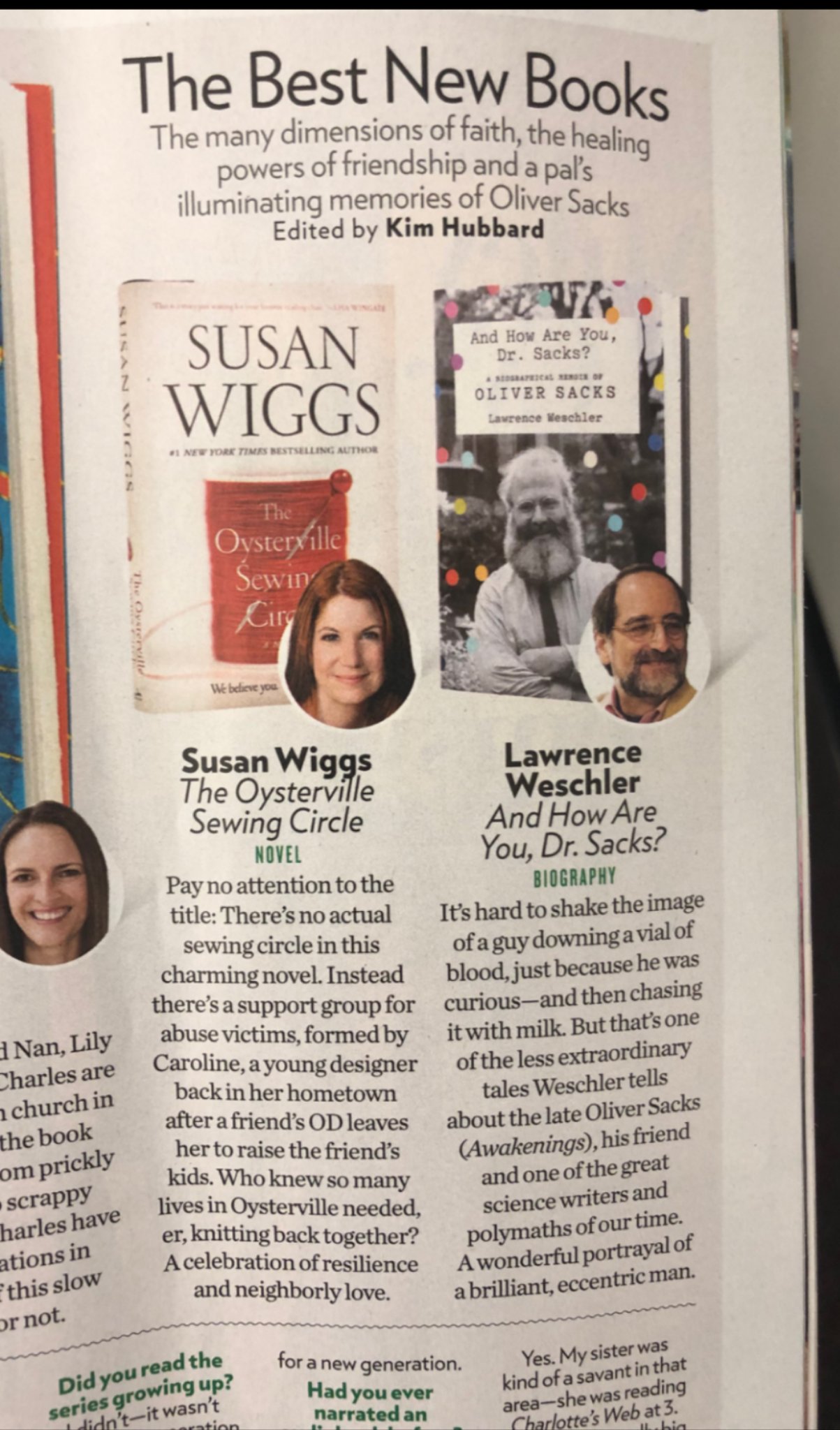 [People Magazine loves the book. Why shouldn’t I?]

Most of us squirm when we have to promote our own work. If we get a starred review, a bestseller ranking, a rave from a reader, a glorious peer endorsement, a mention in O Magazine, we balk at drawing attention to it. We’re concerned about seeming immodest, self-absorbed, insecure–any of those behaviors we’ve somehow come to think of as “unbecoming.”

I have a new book out and it’s not a thing. It’s a damn fine novel. I wrote my heart out and it’s getting rave reviews and I’ve already heard from some readers that reading The Oysterville Sewing Circle has been life-changing for them in ways I never imagined while writing it. If ever I needed to switch from being bashful to boastful, it’s for this book, a story of women supporting women.

So I hope you’ll read it. I’m not going to say, “Do me a favor and maybe read it.” No. Do yourself a favor and read it. Just on my say-so. So there.

You can get signed copies, order from an indie bookseller, get it before you take the next breath of air, or have it read aloud to you in dulcet tones. And I hope you’ll come see me–in Grand Rapids, in Cleveland, or in Franklin, Indiana. Or who knows, maybe you’ll spot me on my soapbox somewhere.

Thanks for reading. And kudos to Jennifer Weiner for opening the conversation. 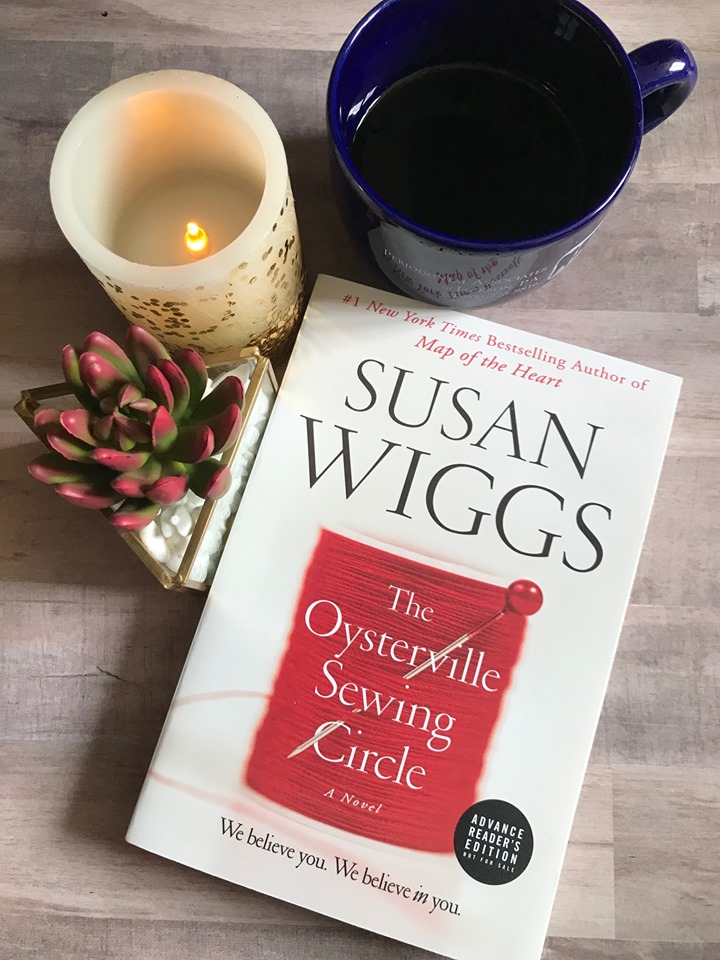 I’m starting this year the same way I’ve started every year since I can remember–doing something I love.

The trouble is, I love doing a lot of things. Being with people I love–family and friends.

Working on my next novel.

Thinking about my upcoming novel and getting excited for people to read it.

Thinking about the many wonderful books I’ve read this past year. Looking forward to the books I want to read this year. 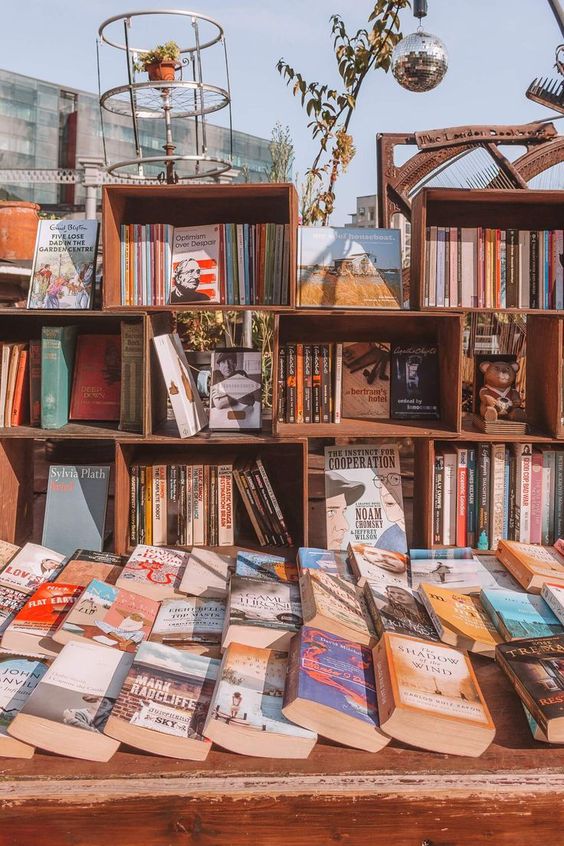 Thinking about food. I think about food all the time.

Feeling grateful for the many wonderful things in my life–family, friends, animals, good health, people I work with, a job I love, and readers I’ve never met except through the books I’ve been so very privileged to write.

Thank you and Happy New Year!

What fresh hell is this? What’s wrong with this picture?

According to this Buzzfeed article, 87% of us thing the practice of shelving books “spine in” is an abomination. The other 13% probably are too young to read, eh?

Here, I fixed it. Show me your books spine out! Post a photo in comments! 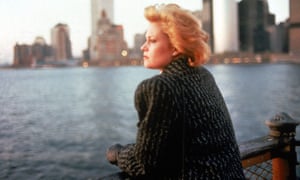 Shopping tip: Meet your favorite author at your local bookstore. Shout out to all the bricks-and-mortar shops that sell our books! @EagleHarborBook @bnkitsapmall @libertybaybooks 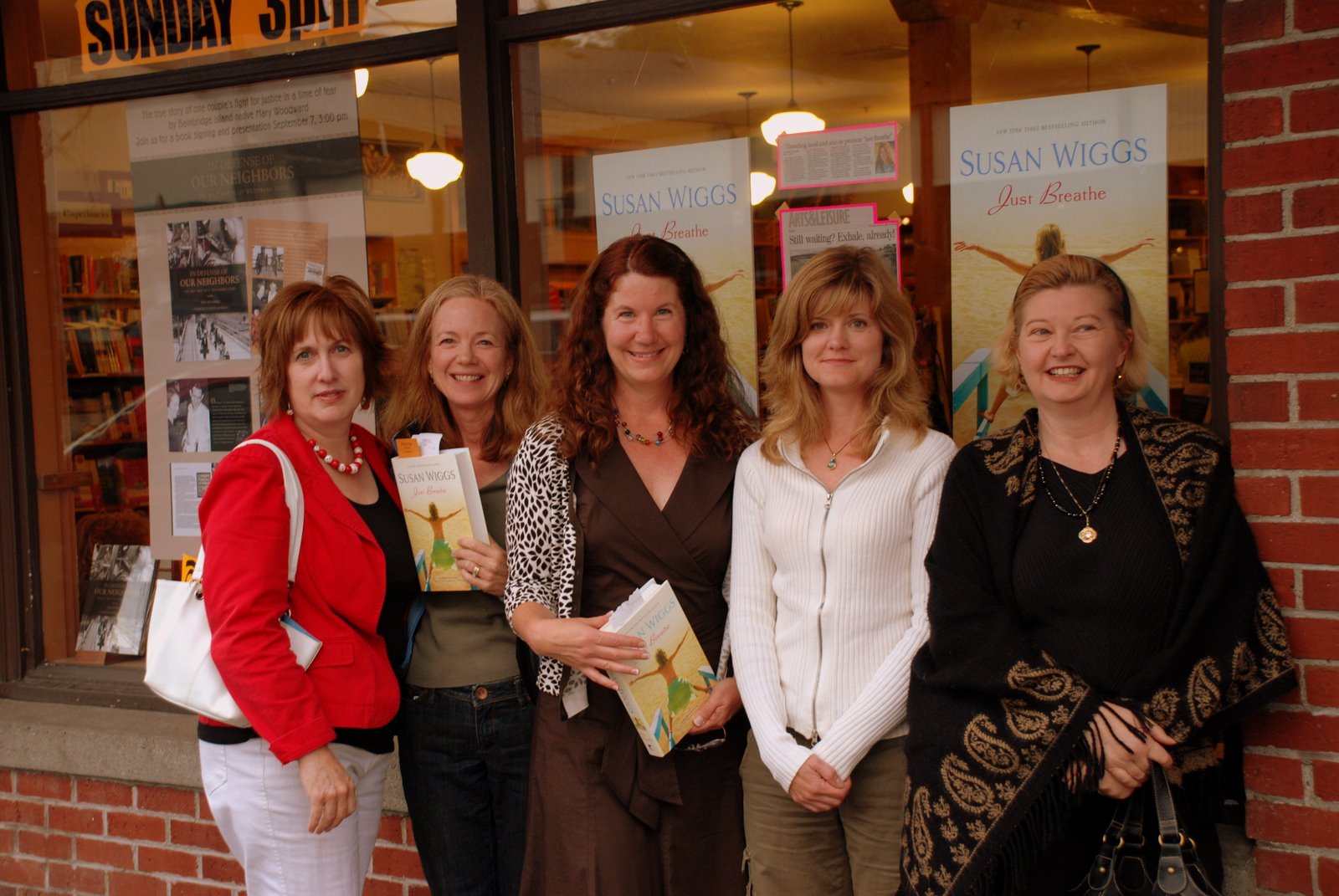 Somewhat off topic, but I’m too excited not to share this with Seattle peeps, or anyone who would love to live in Seattle. My favorite husband has a house for sale in the nicest neighborhood in the city. Renovating this beach bungalow was a labor of love for him, and it shows. So I’m showing it off today.

Finding home is a key theme in many of my books. What makes your home special? What do you love about it?

Most important of all, where do you keep your books?

I’m a longtime fan of Maria Shriver‘s newsletter and books, not to mention her social initiatives. She invites readers to send pictures of their Sunday dinner time with family. This morning, I was inspired to send her this very retro “Sunday dinner” photo, because of the story it tells. It’s my parents and grandfather in upstate New York–in a town not so different from Avalon, on Willow Lake–with my brother and me at the Sunday table. My mom had just given birth to my younger sister.

These days, we would call my grandparents farm-to-table organic producers. Back then, they were known as subsistence farmers. Everything on the table was homegrown and farm raised, and canned, preserved, or frozen at home. They didn’t have a lot of money, having raised their family through the Great Depression and WWII. The humble Formica table and dishes, the freezer in the background, and the jars on the table were a ubiquitous presence in my childhood.
This Sunday, my husband and I are spending the day canning homegrown tomatoes from our sunny garden here on Bainbridge Island in Puget Sound. I like to think my grandparents would approve of our effort, and at dinner, we’ll send a special prayer to them out there, wherever they are.

Here’s my simplest and most delicious recipe for pasta sauce. I think it was made popular by the late, great Marcella Hazan, but I learned it from the label of a big can of San Marzano tomatoes imported from Italy. For this recipe alone, I was inspired to grow my own San Marzanos. Don’t skip the butter or use a substitute. When you taste this, you’ll know why.
My version is even simpler than the original because I won’t make you peel the tomatoes or fish the onion out after cooking
Perfect Pasta Sauce
3 cups canned or 2 lbs fresh San Marzano tomatoes
1 onion, quartered
6 Tablespoons butter
1 teaspoon salt
NOTE: You can peel the tomatoes or not–up to you. The peels will slip off during the cooking, so if you want, you can pick them out of the pot with tongs as the sauce simmers. Otherwise, the peels with disappear during the blending.
Place all ingredients in a heavy pot and simmer for about an hour. I don’t put a lid on the pot because it reduces the liquid. Just make sure the onion is submerged. After simmering, blend it smooth with an immersion blender, or in a food processor or blender. Serve over hot pasta with a grind of pepper or a pinch of red pepper flakes, a sprig of basil, and a shaving of Parmesan.
photo by Matt Duckor
What are you serving your family this Sunday?

This is exactly #theviewfromhere, unfiltered. The end of my bed out to Puget Sound. The weather is going in the right direction, so the rain will stop soon. Which leaves me with this dilemma–stay in my jammies and finish reading Tailspin by the always-entertaining Sandra Brown, or jump on my bike and go for a ride with my best friend?

What are your thoughts, readers?

Today’s the day! A gorgeous new premium edition of THE SUMMER HIDEAWAY is on sale everywhere books are sold.

Of all the Lakeshore Chronicles, this one has generated the most unusual reader requests. Several readers have written to me asking to use quotes from the book on headstones of beloved family members. A bittersweet honor. 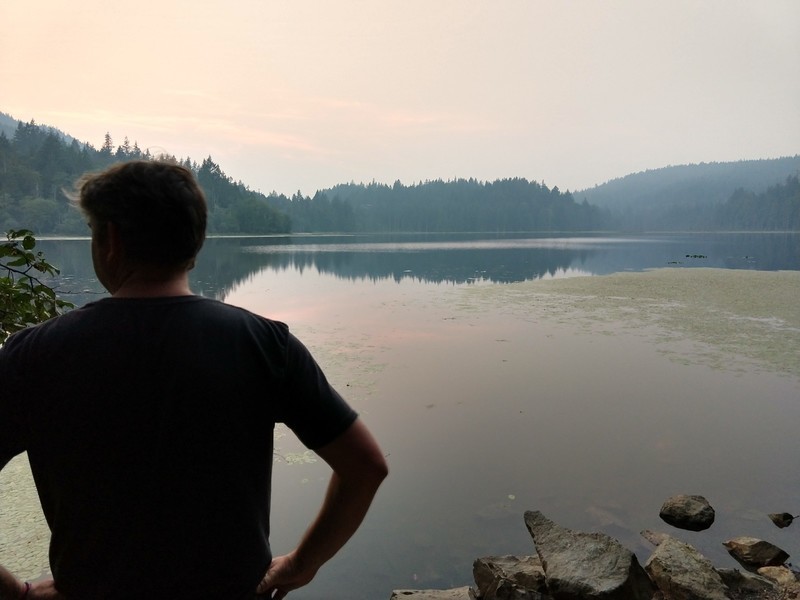 It’s appropriate that we found one of the world’s beautiful lakes last night, on the eve of this book’s publication. 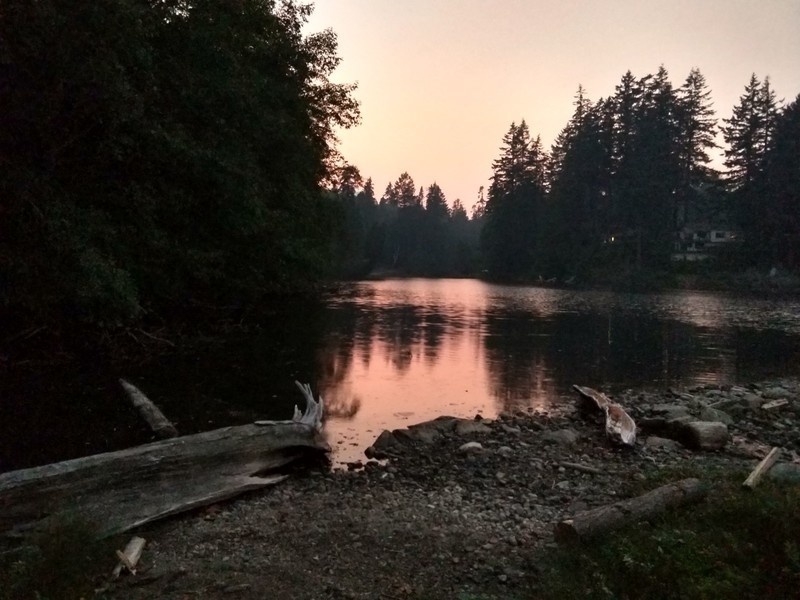 Here’s the question that haunted me while writing the book–If you’re under witness protection, how do you keep from getting attached?

It’s been on my mind as I slog through the revisions on The Oysterville Sewing Circle (2019), a novel driven by domestic violence and the #MeToo movement. I’ve wanted to write this book for a long time, but the deep dive into research, and laying the characters’ emotions out on the page has been harder than I ever could have imagined.

Illuminating someone else’s pain and trauma filled me with a different kind of pain–and guilt. Am I exploiting victims or bringing real issues to life? What if something I write about hits too close to home? 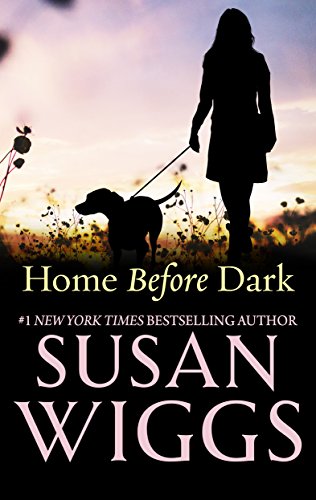 That happened to me with Home Before Dark. The teen joy-riding tragedy in the book occurred, with eerie similarity, in my town a couple of years after the book was published. I was horrified to witness families I knew dealing with the unthinkable–which I’d thought of and written about in a novel. I wanted to apologize for having written the book. I wanted to snatch all the copies from the library and bookstore.

But did I want to un-write the book?

Richard Russo’s article in New York Times about novels dealing with school shootings offers a thoughtful discussion of the fiction writer’s role in real-world issue. (Shout out to Jodi Picoult for bringing it up.)

What do you think? Are there things that are off-limits for fiction writers? I hope not. But I also hope we write with honesty and humanity. It’s not for us to shy away from tough subjects.

Ultimately, the power belongs to the reader, and that is as it should be. I often say that every reader reads a different book–one of the reasons a book club is such a dynamic thing. The writers write. The readers read. And the words fly free.