Spotted on the Bainbridge/Seattle ferry.

…and wait until you see the endpapers.

Mayhem on Bainbridge Island. From this week’s police blotter:

Aug. 9 Theft: Police arrested a 74-year-old Bainbridge woman for stealing a dog from a Madison Avenue home, though the woman told police she’d been “telepathically” instructed to take the animal. The owner of the dog was visiting Whidbey Island when her daughter on Bainbridge alerted her the dog was missing…. The owner said a woman had been pestering her to give her the 12-year-old Brussels Griffon for the last year, saying she’d dreamed that she and the dog were meant to be together. Police located the woman at her south-island home and found the dog in her garage. The 74-year-old told police the dog’s owner had contacted her mentally and told instructed her to take the animal. She asked police if they too were “telepathic.” Police arrested the woman for theft. She was booked into Kitsap County jail on $10,000 bail. The dog was returned home.

Aug. 6 Collision: A 19-year-old Bainbridge woman told police she was distracted by dried paint on her legs when her Volkswagen Jetta rear ended a Jeep Cherokee…

Aug. 5 Threats: Police contacted an 81-year-old Agate Pass Road resident who said he’d been accosted by a neighbor riding a mule. …He said his dog had recently barked at a man riding a mule on the shoulder of the road and the rider became angry. The rider reportedly yelled that he would kick “both your asses,” referring to the man and his dog. The rider dismounted from his mule and began to cross the road toward the dog walker, but neighbors intervened. The man remounted the mule and rode away. Police contacted the man at his home. He admitted to losing his temper but said the dog was out of control and dangerous. The case was recorded and a report was sent to Animal Control.

Ah, what a nice review. Thanks, LJ.Wiggs, Susan. Return to Willow Lake. Mira: Harlequin. (Lakeshore Chronicles, Bk. 9). Sept. 2012. c.320p. ISBN 9780778313847. $24.95. CONTEMPORARY UNESCO director Sonnet Romano leads a charmed life: she has just been offered a sought-after fellowship, a handsome man is in love with her, and she is swept up in her biological father’s run for Congress. Then she finds out that her mother is pregnant and there are serious complications, so Sonnet leaves New York and heads to Avalon and Willow Lake. Over-the-top reality show characters add interest, while beautifully integrated flashbacks help put everything into perspective. This engaging series is beginning to acquire classic saga-like dimensions. VERDICT An ambitious heroine who finally discovers what is important in life and a hero who’s rising to the top but who has always known where his loyalties lay are front and center in this issue-centered, touching reunion tale. Wiggs (Marrying Daisy Bellamy) lives on Bainbridge Island, WA. 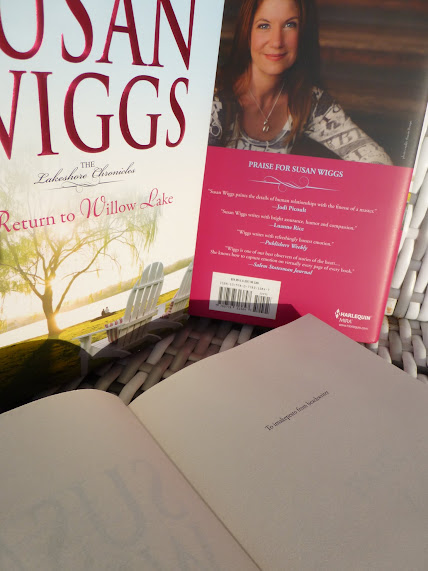 Whenever I pick an apple that looks like this, you know I’m going to take a picture of it. I’m immature that way.