Making a killing with murder

Today’s guest blog is by a wonderful author and friend, Wendy Roberts:

When people first hear I’m an author, the next question is almost always, “Do you write children’s books?” Since I have four children and I’m relatively “nice” they believe that is a logical assumption. Though when I describe whatever book I’m currently working on, usually there is an uncomfortable pause sometimes followed by them slowly backing away with fear in their eyes. To skip to the nitty gritty, my husband has taken to introducing me at business functions as, “My wife, Wendy, who kills people for a living.” At that, people will laugh politely before quickly excusing themselves or slowly back away. 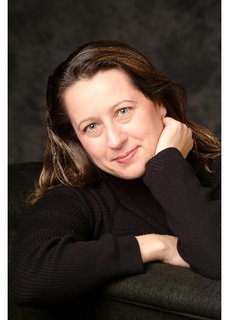 I write murder mysteries and, yes, I’ve been known to kill someone off while sitting on the sidelines at a child’s baseball game. In a recent interview I talked about my newest book, The Remains of the Dead, and told the interviewer the story was about a woman who cleaned crime scenes for a living and spoke to the dead.  She joked sweetly, “And you look like such a nice person.”

It seems what people really want to know is when does the “nice” side drop away and the savage, murderous side kick in? For me, it’s usually about the time someone cuts me off in traffic. The truth is, I enjoy writing about seemingly ordinary characters and making their lives extraordinary. Although I enjoy adding a comedic element to my stories, I also love to torture my heroine with relationship problems, day-to-day anxieties and then up the ante with a murder or two.

I confess that, yes, I have been known to get my murderous thoughts from my day-to-day dealings in the real world. Who wouldn’t want to take that rude, cantankerous auto mechanic and brutally slaughter him? Ahem. On paper, of course. Now I know you’re a “nice” person because you read Susan’s blog. But, c’mon, who pushed your buttons enough this week that you wouldn’t mind seeing them suffer? Was it the butcher? The baker? That condescending banker?